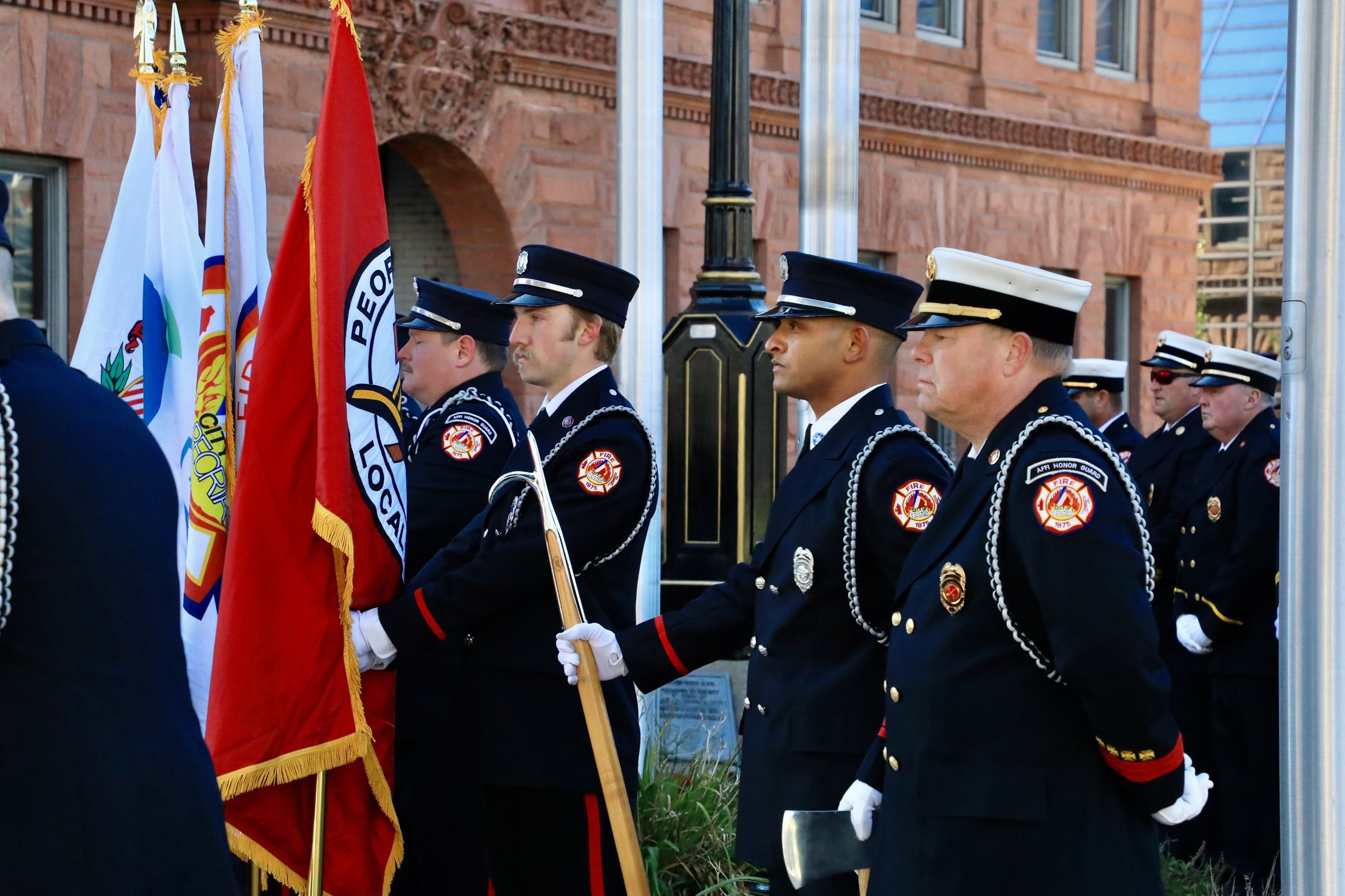 The mission of the Honor Guard is to serve as representatives of the Peoria Fire Department at formal occasions as directed by the Fire Chief. The Honor Guard projects a positive image of the Department and its members by performing as a highly disciplined professional team through drilling in military etiquette at local and State events. The Honor Guard is dedicated to honoring fallen firefighters, their families, and Department members, past and present.

The Honor Guard participates in several types of events. They perform color guard details at civic occasions, such as public parades, sporting events, and other special community events as requested. They also perform at many Department events such as dedications, graduations, and award ceremonies. The Honor Guard plans, organizes, and performs at funeral and memorial services for Department members as well as assists other agencies with funeral and memorial services. The team, consisting of twenty members, currently performs at twenty to twenty-five events a year and is affiliated with the Associated Firefighters of Illinois (AFFI) Honor Guard.

Honor Guard members must have one year on the job, receive the approval of both Peoria Firefighters' Union Local 50 and the Fire Chief, attend monthly training sessions, and be willing to participate on and off duty.

The Honor Guard uses various types of equipment in the performance of its duties: pike poles, chromed axes, flags, and a fire bell.

If you would like more information on the Peoria Firefighters' Local 50 Honor Guard, please contact Firefighter Thomas Stimeling at 309-494-8705.